An Assessment of the Black Bee Going Back 100 Years 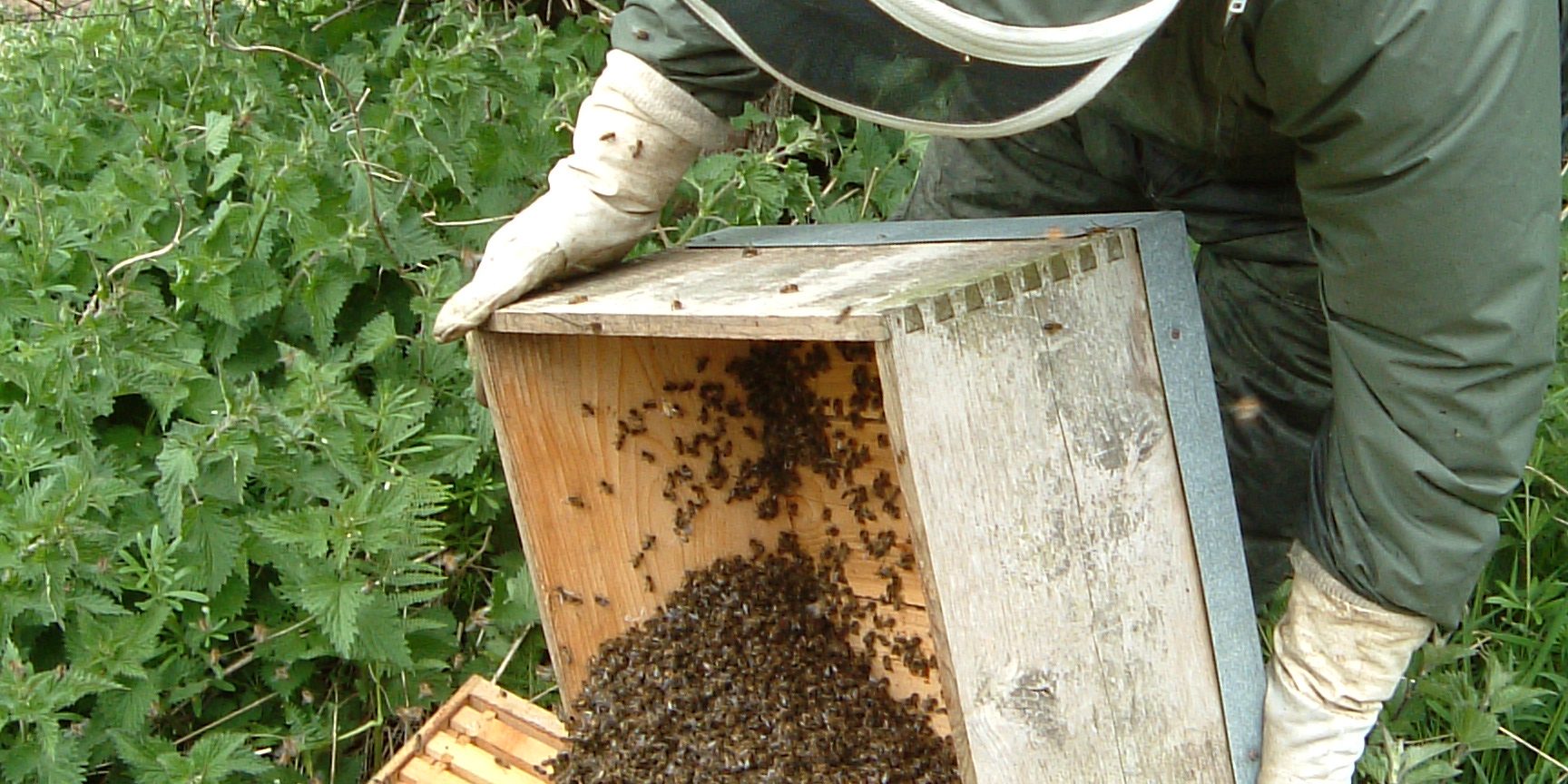 -Originally in skeps (our family had 60) and then into cottage hives (north) and W.B.C (south).

-Kept for sections (comb honey) which they hated because they were designed by humans.

-Prone to swarm every year.

Often got good crops of honey, plenty flowers and many acres of wild white clover (indigenous).  This was the most important plant in agriculture.  Every farm and village kept hives of black bees, more hives sometimes than villagers.

There would be many imports before the 1st World War and thereafter of exotic types but mainly Italian.  Italian queens went to America also to become Starlines and others (hybrids).  I think all the big honey farms in the south would see Italian queens apart from Brother Adam.  They would be much easier to look after in large numbers and get more honey.

At this time the Isle of Wight disease was raging.  Whole apiaries were lost and beekeepers were social distancing because the bees were kept in cottage gardens (among the hollyhocks).  They could not have been defensive.  Many beekeepers would have gone through them without a veil.

These losses were partially made up by imports of Dutch Skep bees that were resistant to this most virulent disease.  These bees would not align themselves with any progressive management.  A step back no doubt, but at least they were alive.  Then one day this disease just disappeared according to Andrew Scobbie who kept bees during the war.

Sugar was given to beekeepers during and after the war to keep their bees alive but sadly most was used to make jam.  So the bees that produced honey and left little in their brood chambers for themselves died of starvation during the winter and so over a 20 year period many beekeepers were left with black bees that were useless genetically.  Thereafter the beekeepers were given sugar that contained very persistent green dye and then there was green honey for tea!

After the disruption of the war many honey farms were started by people with little experience using mainly Italian bees and these were susceptible to nosema and acarine.  They also shivered all winter and defecated in the hives.  A mess that had to be cleaned up by house bees that became further infected.  Great effort was made to sell Italian queens right across the nation and many beekeepers in the north, which was a black bee stronghold, bought Italian queens (the grass is greener!).  The consequent outcrosses were very aggressive and just about finished village beekeeping.  So not only was there a disease problem that got into the black bees there was also aggression and a nutrition problem as white clover disappeared from the pastures to be replaced by Nitram (34.5% N).  Selective weed killers were also used that killed clover.  Indigenous bees were no longer indigenous although there would be some black bees left in remote areas.  The only way to get rid of nosema etc was to hope that all susceptible colonies died in the winter.  This worked well.  After that there were huge losses in the winter of 1963, very often 100%. Packages were bought in from America in cargo planes.  These bees were even more susceptible to disease.  They were distributed around Northumberland, I remember, by the college advisor.  There were French black bees brought into Scotland in considerable numbers to replace losses and produce heather honey.  They were no doubt Apis Mellifera Mellifera (black bees the same as our bees), but they could be very defensive during manipulation.

There were vast losses in a period extending from the summer of 1985 to spring 1988 owing to one bad winter and three bad summers.  Ours lived through that but only just.

More recently there have been ever increasing numbers of imports from many different countries in order to make up for losses due to varroa and viruses and an ever increasing demand for bees.

Throughout all these difficult times there were beekeepers who could make black bees look very good indeed with minimum selection.

There was a partnership between the bees and the beekeeper.  The bees belonged to an individual.  As an aside, over selection will cause black bees to become susceptible to EFB.

Nutrition is the most important factor in beekeeping and there are parts of the UK that will hardly support a hive or two in a poor summer and some candy will be needed.  Thrift and black bees go together saving the beekeeper a lot of trouble.  This is a very important trait not present in imported hybrids.  A colony might need 100lb of honey for maintenance pa before any surplus is gathered.  A sobering thought.  Black Bees are able to change their strategy to whatever area they find themselves in.  A poor area means a stunted colony.  Also their colour, darker the further north one goes, to absorb sunlight and fly in lower temperatures (down to 6⁰C, I have seen this).   They will also defer to their keeper over the long term provided he or she doesn’t make any glaring mistakes i.e. low swarming tendencies and good nature very often without selection.  The bees will select themselves.  I remember when we were building up numbers 50 years ago we were using the nine day inspection and artificial swarms to go forward.  The bees became less pleased to see us every time we went (over manipulation).  Then we were breeding from colonies that were preparing to swarm which was the exact opposite of what we should have been doing.  We stopped all that and their temper has improved to this day.  We then introduced some ’wrinkles’ to persuade them not to swarm to the extent that now there are too few swarms.  Our local pest controller, a man of considerable experience tells us that pre varroa/viruses he went to 20 honeybee swarms pa and now he is down to 2 on average sometimes none.  This is a clear indication of colony health in our region.  My father used to say ’if the the bees are swarming all is well with the world’.  That was after we lost a big swarm! – but he was right.

In writing about black bees I should mention Willie Smith of Innerleithen who designed the Smith hive and kept black bees for 40 years in Peeblesshire both semi and fully commercially.  His black bees came from tiny beginnings to massive colonies occupying 6 BS deep boxes as I was shown.  This was a very difficult area and he effectively fed them heather honey by leaving honey in the super combs from the previous autumn.  Now these hives were as strong as any in the country then and now, but he never had to bring in any queens from around the world to achieve that.  Neither did he seek any recognition for what had been achieved.  Willie Smith called his hive the ‘Peebles Hive’ together with the ‘Peebles Honey Press’.  Others thought it should be called the ‘Smith Hive’.  His motto was: ‘Be good to the bees and they will be good to you’.  Willie Smith was in the Battle of the Somme in 1916.

Current research will show that there are still black bees around that were here 100 years ago.  It should also show traces of all the imports that I have mentioned.  Black bees need to belong to somebody either a beginner with aptitude or a beekeeper with ability.  So it will not be possible to identify them with any degree of certainty.  They might be useless or they might be superb.  It all depends on their owner and where they are kept.