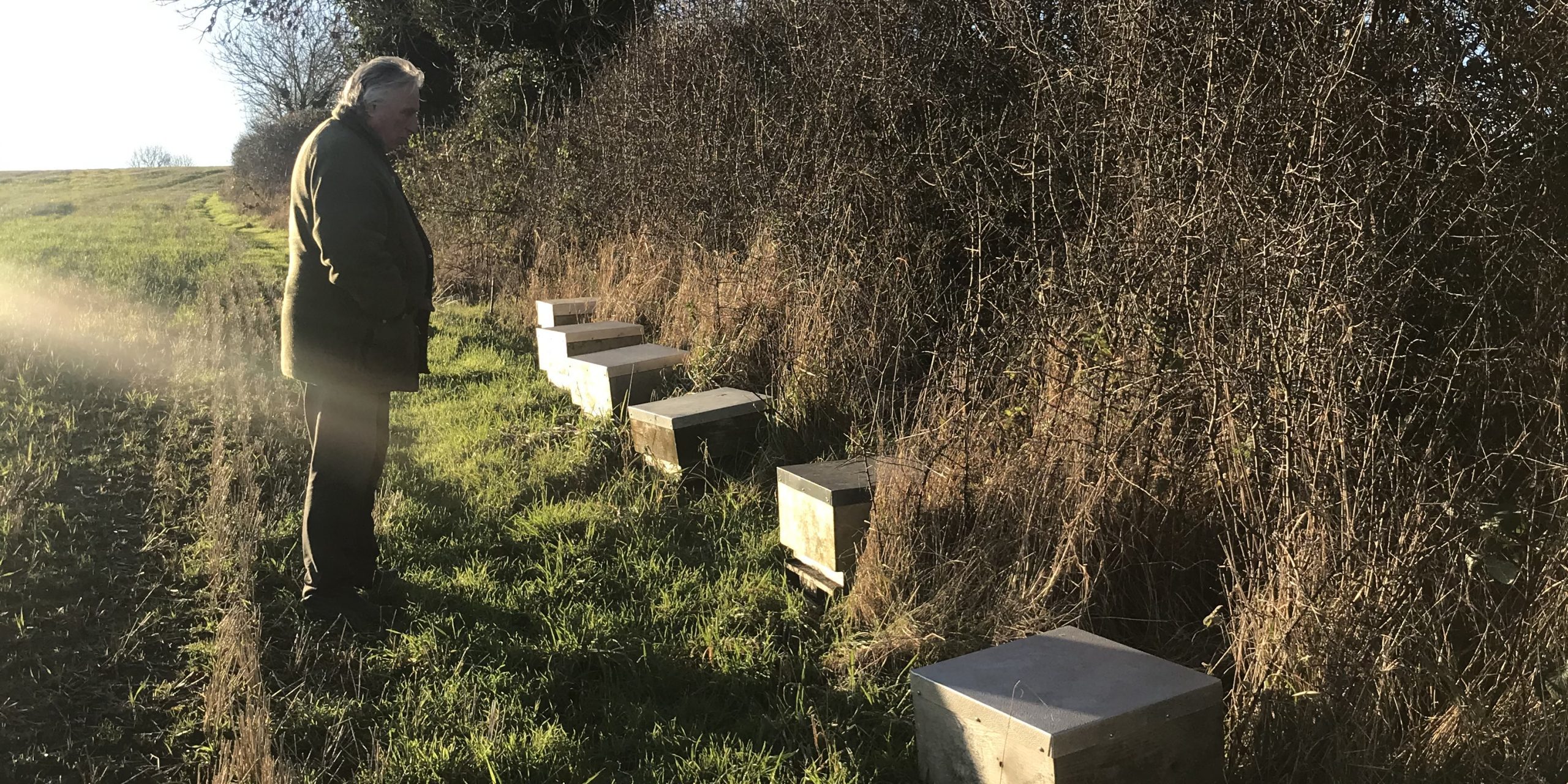 At present we are wondering how the bees are coping with the Winter.

All of them have been brought down from the hills and put into Winter sites, often in disused walled gardens and other sheltered locations.  It is important that winds from the North West (piercing) and the South East cannot get at the hives because at this time of year the queens are laying eggs to rear brood ready for the Spring.  If the wind can get at the hives it makes it so much more difficult for the bees to maintain the temperature necessary for brood rearing (35°C).  The effect of the wind is much more severe during the night and early morning when there is no solar gain.
If brood rearing is curtailed because the hive is exposed there will be insufficient young bees to take over the running of the hive during April when the old bees, that have been reared in October the previous year, are dying of old age (dwindling).

The bees need to be able to see the sun on the shortest day and they need to feel its warmth on the front of the hive right through until sundown at 2.30pm.  The ground around the colonies must be tinder dry at all times (in the lee).  Any place where moisture hangs around is totally unsuitable for wintering bees.  Additionally there must be sources of fresh pollen close by so that the brood is well provided for.  Two years ago at around New Year we had Christmas roses in flower and the bees that were in a hive 100yards away became aware that fresh pollen was available despite the cold and the plants were stripped of pollen completely.  This highlights their determination and ability.  It also tells us that honey bees are pollinators 12 months of the year.  Other insects are more efficient pollinators but they all have their short time of existence and then do not return until the same time the next year.  Honey bees, as is well known, exist at a much higher level.  This fact is often overlooked by scientists.

We are going around at present with fondant and insulation and making sure the bees have access to food.  The hive may be heavy with heather and ivy honey but during prolonged cold weather, such as we have been having, they might not be able to get to the food because they are in a cluster which cannot be broken unless the temperature goes above 10°C.