Discussion on Swarming by W.S. Robson 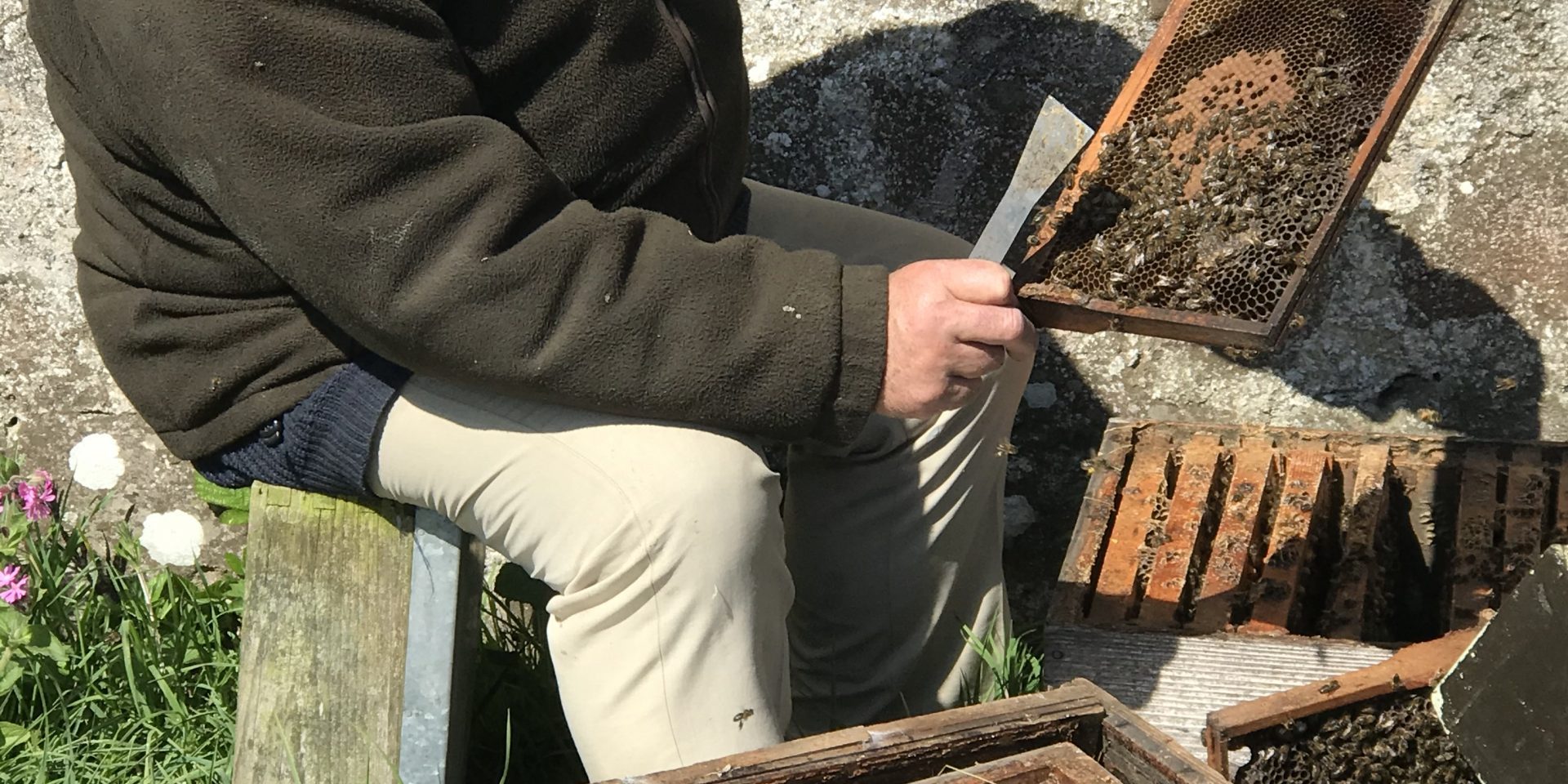 A Discussion on Swarming by W.S. Robson

Bees will swarm for several reasons. Firstly, there is absconding which is caused by the sun beating onto the front of the hive when the wind is in the south (in the UK). No queen cells are built until after the swarm has left (Eggs in queen cups) or emergency cells thereafter.

Then there is habitual swarming, every year, same week, (section bees, true ferals and purebred Carniolans).

Thirdly, there is swarming due to chronic instability when the bees build queen cells all summer and never settle down, being ill at ease with themselves for various reasons. They are not true to type, i.e. perhaps too many outcrosses with imports that are not indigenous and not progressive and stable.

A failing queen will cause a colony to swarm in order to replace her. One or at most two queens cells denotes supersedure i.e. no swarm.

Fifthly, there is normal swarming, which involves the colony becoming “smitten with the bug” in order to adhere strictly to the steps needed to make a success of the entire procedure until there are young bees hatching in the new site. The parent colony becomes ‘smittle’ for 2 reasons. Firstly, there will be colonies within a 2-mile radius that have died out in the winter and these need to be repatriated right away to maintain colony numbers. Secondly, in the spring, queens are laying eggs on a daily basis and there comes a time when more bees are hatching than are dying through hard work. This situation is made worse in the UK by variable weather patterns which stops them working for several days or longer so there is imbalance within the colony i.e. too many bees ready for work and too many older bees for whom there is no work due to bad weather or the June gap. The resulting overcrowding causes them to become ‘smittle’.

They then push all the young bees up into the supers and corral them there until the swarm is about to leave. These bees do not work, and neither are they allowed to fly and mark their hive. They are full of honey and are known as ‘repletes’. They intend to take the honey to the new site. It was possible to guess which hives were going to swarm by the behaviour of the bees in the supers. If the bees were building wax in the supers (we were using starter strips) then it was unlikely that they were going to swarm.  If they were chewing at the foundation or reluctant to prepare the combs to receive honey, then they were about to swarm. Every beekeeper will have seen this. Sometimes a box of foundation will make them more determined to swarm (taken the huff). They are only going to make wax in a new home. Some swarm sites will have to be built from scratch before the queen can lay an egg so the repletes do not engage in any work that might tire them or use up any of their reserve. Honeybees are quite exceptionally sophisticated, as we know.

When the swarm leaves the hive, always on a good day, the repletes go together with many old bees and a great deal of excitement and happiness. Nobody gets stung..

Thereafter many of the old bees return within half an hour, as do many more in the following days, especially if there is heavy honey-flow. The old bees possibly forget what they are supposed to be doing. They need to prepare for a second swarm with the first young queen that emerges. In some cases, the old bees that go with the second swarm lose interest right away and leave the repletes to fend for themselves and they die of starvation. They cannot return to the parent hive because they do not know where it is. In the autumn one can see where they have been hanging in a bush. A few combs bleached white and abandoned. This is a blip in an otherwise very well-rehearsed procedure.

During swarming evolution has built in some options, the management team may have a change of heart. This is generally caused by a rise in atmospheric pressure and the prospect of a heavy honey-flow. They are acutely aware that at 50 degrees North winter is coming and a crop of honey is needed. Otherwise very bad weather may cause them to change their mind or they may swarm at a later date with a virgin queen. This tells us that there is corporate management within the colony and instant communication, very like an army in the field. Each colony is an individual with its own leadership. We have seen them out on a branch preparing to leave and the old bees lead the repletes back into the hive and resume work and forget about swarming. This would not happen in a colony that was unstable.

Currently we have one colony in a sheltered village where the bees are constantly busy and occupied with the queen providing only enough brood to make up for the losses caused by old age. Thus, the colony remains in perfect balance and no swarming occurs. If a swarm does emerge it goes straight back. Confidence within the colony is further improved if a full super of honey/pollen is left above the brood chamber permanently (brood and a half). Then they might replace their queen by supersedure. Colonies that supersede over many years may lose their vigour through inbreeding.

Please note, all these ‘activities’ will have been suppressed within modern hybrid colonies but not totally. The above article has been written for general interest only and has little relevance to present commercial beekeeping.

A further discussion about swarming and the artificial swarm.

In order to make an artificial swarm the queen must be put into a new box of deep frames preferably all drawn and without any brood. If a frame of brood is put in – as has been recommended in some mainstream textbooks – then the bees may well start the whole procedure again because they have been thwarted in their original purpose. They are very sensitive to human interference. If there is some concern about the queen staying in the box, then the two outer frames that are entirely free if brood may be put into the middle of the new box so that the queen is back onto frames that she recognizes to give some immediate security.

Thereafter the supers containing the repletes can be put back above the excluder over the artificial swarm and the hive should continue on the original stand as if nothing had ever happened. If brood is put in with an artificial swarm the beekeeper has lost control and the bees are back in the driving seat. They may settle down or they may swarm again in two or three weeks (most likely). If the queen disappears in an artificial swarm then this is the time to introduce 2 frames of sealed brood and one queen cell. The parent colony entirely can be reduced to one cell at the same time, so all is not lost. The next hurdle is about whether there are sufficient drones within the locality to mate with the young queens (maybe not).

Unfortunately, as the years go by, we are finding that our bees are determined to be rid of their queen so if an artificial swarm was made she would disappear. Time was that bees were devoted to their queen even at 3 years old and more, but now we are often finding that our bees are dissatisfied with the current year’s queen and are trying to replace her by supersedure. The continuity of the colony has become fragile in the extreme. This is a worrying development that threatens our business. As to the cause we do not know, viruses no doubt. The one consistent factor is that over my lifetime pollution has greatly increased to the detriment of all living things.

Nevertheless, there will be areas in the UK where bees still want to keep their queen and an artificial swarm made satisfactorily.

I am also mindful that as I wrote in the first article there is a great deal of instability among colonies that have been ‘bought in’. So, they are always trying to get rid of their queens. This is a genetic problem. Stability is everything in a honeybee colony and they know it. They need to belong to a person with aptitude, not attitude!